Great video and Discussion about "wise men" Astrologers of the Bible

​ @Ezekiel 33:3  Great info from your research. I am also going to post this to http://ahgamen.net and https://astrologyahgamen.milkyymedia.com/ The Magi visiting the Messiah, it is said, were guided by "the star". This has been a burgeoning question with no conclusive answer, there are many theories and beliefs. The Star which appeared over the region of Bethlehem, was it a star, as we understand stars today, or was it a planet, a conjunction of planets, or was it a comet? You mentioned Jupiter and Saturn which came up from your research. In my opinion, I tend to not put much emphasis on that pairing, since those two planets meet up every 20 years approx. Since the arrival of the Messiah was a rare event, I would think that whatever was the star, would only occur once every millennium or less frequently.
It is apparently the fact that these wise men (12 of them or less) were of the occupation of astrologers. Now that is not exactly like the astrologers of the present-day. They used a different method and also had a very different mindset and reception by the society around them. The astrologers were probably Chaldeans or Babylonians, or Chaldeans from Babylon (if that makes any sense - because what were Chaldeans?).
As a result of this basic premise, that they were astrologers, the entire narrative around their seeking of the Messiah by their following of stars, would seem to mean that they studied the positions of the stars and found out that there was a significant event to occur. That is essentially the work of the astrologer. So the transliteration of "following stars" or the star stopped over Bethlehem, could simply mean that they fine-tuned their interpretation of the astrological knowledge and determined the exact occurrence.
It is also important to note that they did not pinpoint Bethlehem until they consulted with King Herod; for he was the one who directed them towards Bethlehem and wanted them to look there. On the way from the Eastern region traveling westwards, they did not know the exact town. Also note, that we are assuming the locations of these two places, but none of that is conclusively proven. Those were locations and towns in the Ancient day and there has not been enough archeological evidence.
at December 13, 2020 1 comment:

These are some of the ahgameN keyboA writings which have been recovered from previous websites.  (no thanks to greedy and harmful Bluehost.com lawsuit pending) 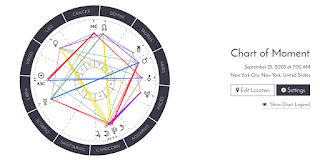 The subject matter is Astro-sciences, mostly from the angle of Astrology, ahgameN's research into that, and "a new approach" which was offered by ahgameN as early as 2009.

What are the most important changes which Astrology requires?

Less importance needs to be placed upon the Zodiac signs. More attention needs to be paid to the planets and their house placements. Also the planetary aspects are extremely important.

Bearing this in mind, we should realize that talking about the “cusp” or “ingress” into a sign actually is useless information. I feel that more research has to be done in the area of zodiac influence. I do believe that we should apply the basic principles of the “quarters of the year”, the solstices and equinoxes. This fundamental division of the sky and of the annual cycle is valid.

We should have little regard for the interpretation of asteroids, since we do not even have mastery of the larger planets. If at all, the importance of the asteroid probably comes into affect when it is in opposition to the Sun.

We need to carefully examine the materialistic knowledge which has been compiled by the astronomers, especially in the past 50 years. I would point in particular toward any data about the distances of the planets, the energetic spectrum which they are radiating towards the Earth, as well as any information about gravitational effects.

These are my general postulations, which I will be glad to expand upon through this blog and the central site – Ahgamen.com Welcome to the School! You are invited to participate.

It's important to know the current positions of celestial bodies

The celestial bodies are making continuous movements, which generates time itself. It's important to know the current positions of these bodies, planets and the Sun and Moon.  You can find these by using various websites, which update this data in real-time.  I use http://www.astro.com or others... 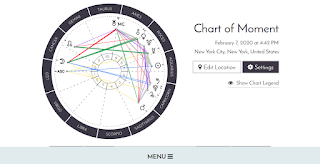 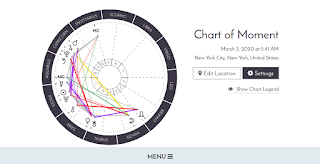 UPDATED April 21, 2019
Philosophers and spiritual teachers throughout the ages and in every part of the world have taught that there are more refined and subtle levels of existence that interpenetrate manifest, sustain and ultimately destroy the manifestations of physical reality we interact with in our daily lives.
END_OF_DOCUMENT_TOKEN_TO_BE_REPLACED
at March 03, 2020 No comments:

The Crucial years that will determine human destiny


Saturn in Capricorn turns direct on September 18, 2019  at 13 degrees and 54 minutes of Capricorn. Corporate  Business and Government agendas  will move forward on whatever they have planned after a period of relative analysis of data and introspective preparation and setting future agendas.

In the first 2 weeks of September The Sun, Mercury, Venus, and Mars are all transiting in Virgo. This places a strong emphasis, on detailed analysis, and precision and skill in work. Medical concerns, epidemics, and the resurgence of mutated forms of old diseases, that were thought to have been brought under control will be a major concern. Breakdown of neglected infrastructures. Abuse of the environment as a result of industrial pollution, and financial expediency at the expense of public health and safety will be of increasing public concern, as the consequences of past abuse of environmental safety set in and erode the quality of life. Increasing availability of factual scientific data regarding these issues will make the public mare aware  that established official institutions have been lying to the public all along.

For instance there have  been thousands of scientific studies that conclusively prove that that Wi-Fi radiation from cell phone networks and cell phones have serious health affects including, increased risk of cancer and brain damage. In spite of this huge corporations, such As Microsoft, Apple,   computer chip manufacturers such as Intel, Samsung, TSMC, Qualcomm,  and their major internet dissemination platforms, such as Google, You tube, Face book, and others,  have done whatever they can to suppress public awareness of this proven scientific information through their financial control  of major news organizations, internet outlets, are actively censoring, harassing, deliberately falsifying, and taking down legitimate internet Sites having proven factual information the establishment or deep state does not want the public to know about...

Keyboa founder, Ahgamen
I am Ahgamen Keyboa (last name is spelled with no E and 2 Y when in print and handwritten)